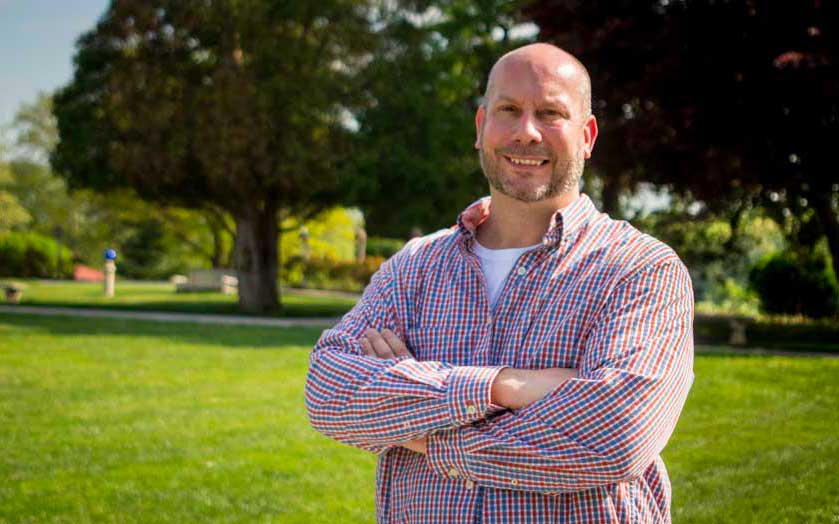 “I was trying to move my career forward, and I didn’t have a degree.”

Tim Schaffer had studied machining at a trade school. He had worked hard and advanced in the ranks of his company. But he dreamed of having a job with more responsibilities.

“I wanted to move off the machine shop floor and move up,” he says.

Schaffer applied for planner positions at his company, but he was told he couldn’t have them, because he didn’t have a college education. So he started looking into associate degree programs.

“I toured other colleges, and Immaculata gave me the best deal,” he says. IU’s admissions staff reviewed Schaffer’s military and work experience and awarded him 15 college credits, saving him a whole semester of time and tuition.

He enrolled in Immaculata’s associate of science in business administration. “I used it as a stepping stone to show progress and development. It gave me short-term goals,” Schaffer says. Once he finished his associate degree, he set his sights on a bachelor’s in business management. Having an associate degree qualified him to get a job as a value stream supervisor, and then, when he got his bachelor’s, he moved on to become an industrial production manager.

Earning his degree also gave Schaffer a sense of personal accomplishment. “It gave me confidence that I could do anything,” even though in high school, he says, “I wasn’t a stellar student.”

Kate Commiskey, assistant director of support services, helped Schaffer arrange his course schedule with a mix of 15-week evening classes and seven-week accelerated courses so that he could finish his bachelor’s degree quickly while still working full time. “I could call her at any time,” Schaffer says. “There were definitely times that she talked me off the ledge of quitting!”

Schaffer also met with members of the business faculty, who helped him make sure he could take the classes he needed to graduate on time. “They all knew I had a goal, and they helped me accomplish my goal,” he says.

The small classes, with “a hometown feel,” also spurred Schaffer on toward his goal of a degree.

With his degree in hand, Schaffer has moved even farther in his career. He now works in operations as a manufacturing supervisor for surgical equipment and devices.

“The academic advisors and faculty at Immaculata were very attentive,” he says, “and I exceled with their support.”